“Trial of Prazosin for Post-Traumatic Stress Disorder in Military Veterans”

Six randomized, placebo-controlled clinical trials, in which the number of participants ranged from 10 to 100, showed moderate to large effects of prazosin in alleviating chronic nighttime PTSD symptoms and in improving overall clinical status. Four trials involved U.S. military veterans or active-duty service members, one involved U.S. civilians, and one involved both Iranian military veterans and Iranian civilians. Three trials showed benefits with respect to trauma-related nightmares, change in overall clinical status, and total PTSD symptoms; two showed benefits with respect to trauma-related nightmares, sleep quality, and change in overall clinical status; and one showed benefits with respect to sleep quality and daytime PTSD symptoms. These effects of the drug were observed in some, but not in other, measures of sleep quality and PTSD symptoms. However, the duration of these positive trials was shorter than 15 weeks, and the trials were of moderate size. There are limited data on the ability of prazosin to have sustained efficacy for chronic PTSD symptoms over longer periods. We conducted the Prazosin and Combat Trauma PTSD (PACT) trial to determine the efficacy of prazosin in patients with chronic combat-related PTSD who had frequent nightmares. We hypothesized that veterans randomly assigned to prazosin would have less frequent and less intense trauma-related nightmares, greater improvement in sleep quality, and greater improvement in overall clinical status (the three primary outcome measures) than veterans assigned to placebo after short-term treatment (10 weeks) and improvement in at least one of the three primary outcome measures after longer-term treatment (26 weeks).

So begins a new paper by Raskind et al.

This 26-week trial involving military veterans with chronic PTSD failed to show a benefit of prazosin over placebo in reducing the frequency and intensity of trauma-related nightmares. These results contrast with previous smaller randomized trials of prazosin involving a total of 283 active-duty service members, veterans, and civilian participants, which showed efficacy of prazosin with respect to PTSD-related nightmares, sleep disturbance, and overall clinical function. The failure of the current trial to show benefits does not appear to be attributable to the dose of prazosin, which was higher than in all but one of the previous trials. 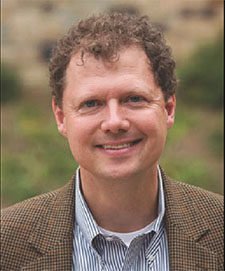 He goes on to argue:

Perhaps the most important lesson from this trial is a reminder that PTSD is a cluster of disorders that share trauma exposure as a cause but that can manifest with different combinations of symptoms. Even though rational neuronal system–based therapy, including α1-adrenergic antagonism, may fit neatly with our current understanding of the disorder, only a subgroup of the millions of patients with PTSD may respond to an approach targeting α1-adrenergic receptors. Without recognized biomarkers and intermediate phenotypes that identify patients with dysregulated adrenergic activation, it may not be broadly effective to target this system — particularly in trials that recruit from a population that may already be receiving similar classes of medication.