Approximately 1.25 million people die each year globally as a result of motor vehicle crashes (MVCs). In the United States, more than 33 700 individuals died from MVCs in 2014 alone, with an additional 2.4 million visiting the emergency department as a result. In addition, MVCs are a major cause of the gap in life expectancy between the United States and other high-income countries.

Attention-deficit/hyperactivity disorder (ADHD) is a prevalent neurodevelopmental disorder comprising symptoms that include poor sustained attention, impaired impulse control, and hyperactivity. The disorder affects 5% to 7% of children and adolescents and persists into adulthood in a substantial proportion of affected individuals. Previous studies have demonstrated that individuals with ADHD are more likely to experience MVCs. However, the magnitude of this association has varied substantially because of differences in outcome measures, sample selection, and confounding adjustment.

Pharmacotherapy is considered the first-line treatment for ADHD in many countries, and rates of ADHD medication prescription have increased significantly during the last decade in the United States and other countries. Evidence from controlled trials has shown that pharmacotherapy has marked beneficial effects on core symptoms of ADHD; to some extent, it also improves driving performance in virtual reality driving simulators. The use of population-based health record data and self-controlled designs provides an innovative and informative approach to evaluate the effect of medication use on important outcomes in real-world situations. A Swedish register-based study found that ADHD medication use was associated with lower risk of traffic crashes in men. However, the association in women was not clear. Moreover, there are cross-national differences in ADHD treatment practices and rates of MVCs between Sweden and the United States. In addition, it is unclear whether ADHD medication treatment will change the long-term course of the patients and lower the risk of MVCs. Therefore, additional population-based studies in the United States are needed to evaluate the effect of ADHD medication use on MVCs.

In the present study, we followed up a national cohort of patients with ADHD between January 1, 2005, and December 31, 2014, using data from commercial health care claims in the United States. 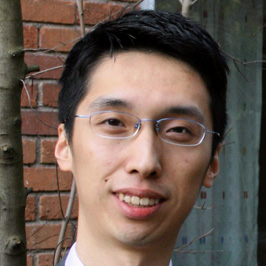 In this large, nationwide cohort study over 10 years, patients with ADHD had a higher risk of MVCs compared with controls without ADHD. However, in male and female patients with ADHD, medication use for the disorder was associated with a significantly reduced risk of MVCs. Similar reductions were found across all age groups, across multiple sensitivity analyses, and when considering the long-term association between ADHD medication use and MVCs.

The paper runs with a short and readable editorial by the University of Virginia Health System’s Vishal Madaan and Daniel J. Cox.

You can find the editorial here: 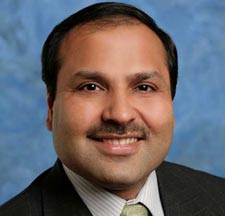 While driving is a ubiquitous functionality and an important activity of independent daily living, it also represents a complex neurobehavioral task involving an interplay of cognitive, motor, perceptual, and visuospatial skills. As a result, patients with neurodevelopmental disorders often have limitations in such skills. Although there has been a recent interest in understanding driving concerns in individuals with other neurdevelopmental disorders such as autism spectrum disorders, substantial research has reviewed the influence of attention-deficit/hyperactivity disorder (ADHD) on driving safety, especially given how pharmacotherapy may affect inattention, impulsivity, and executive dysfunction.

They praise the study, noting that: “The findings in the study by Chang et al in this issue of JAMA Psychiatry confirm and extend existing experimental studies and have impressive implications for judicious use of ADHD medication.”

Madaan and Cox see “clinical pearls” for clinicians. The “management of ADHD is not limited to one’s school, college, or workplace: it extends to several other aspects of life, such as driving, which may be ignored to the clinician’s and patient’s peril.” They also comment that “health care professionals should be aware that MVCs in individuals with ADHD often happen later in the evening when their medications may have worn off.”

You can find that study here:

(Nice surprise: the paper on CBT and its public health implications ran in an economics journal.)

« Reading of the Week: Is Psychoanalysis Relevant? Paris vs. Ravitz Award of Excellence in Mental Health »