The argument is simple: intervene early and outcomes will ultimately be better.

For people with psychosis, early intervention programs have been tried for more than two decades. In our first selection, we look at a new American Journal of Psychiatry paper considering early psychosis intervention and outcomes. This paper is particularly interesting because it draws on the real-world experience – and 17 years worth of data. (Bonus: the data is Canadian.) The lead author, Western University’s Prof. Kelly K. Anderson, looks at several outcomes.

She and her co-authors conclude that patients had faster access to psychiatrists and used EDs less. More importantly: early intervention was a lifesaver, with the rate of death being four times lower than those who didn’t use the program.

Does Franklin’s comment about an ounce of prevention being worth a pound of cure apply to first episode psychosis?

And in our other selection, Dr. Michael Weinstein writes about his career as a trauma surgeon – and his depression. “I have learned that many of us suffer in silence, fearing the stigma associated with mental illness,” he observes in The New England Journal of Medicine.

The American Journal of Psychiatry, 2 March 2018 In Advance

Rapid growth in specialized early psychosis intervention (EPI) services has occurred over the past two decades. These programs focus on early symptom detection and comprehensive, phase-specific treatment during the initial stages of psychosis. EPI programs were established on the basis of robust evidence that an extended duration of untreated psychosis is associated with poor clinical and functional outcomes. Large randomized trials suggest that EPI services reduce psychopathology and improve patients’ quality of life, vocational outcomes, treatment adherence, and satisfaction with care. There is also increased evidence that EPI services are cost-effective when compared with standard care. However, these benefits may not be sustained once patients are discharged to standard psychiatric care. Therefore, randomized trials designed to establish the optimal duration of EPI services are currently under way.

Less is known about whether findings from randomized trials generalize to populations served by EPI programs when these programs are implemented within the broader health care system. Differences may arise due to factors such as stringency of inclusion criteria or fidelity to the EPI treatment model. Furthermore, randomized trials typically have relatively small sample sizes and short follow-up periods, which limit the ability to assess rare but important outcomes (e.g., self-harm or suicide). Large health administrative databases can provide a population-based perspective on the impact of EPI services in the broader health care system, as well as sufficiently large sample sizes to estimate rare events.

In this study, we examined the real-world effectiveness of a well-established EPI program over a 17-year period using linked health administrative data. The objective of this study was to compare indicators of health service use, self-harm, suicide, and mortality between people with first-episode psychosis who were using EPI services and a propensity-matched group of concurrent control subjects who were not accessing EPI services. We assessed use of primary care services, use of outpatient psychiatry, use of the emergency department, and inpatient hospitalizations, as well as rates of self-harm, suicide, and all-cause mortality. We hypothesized that persons who used EPI services would have better outcomes across these indicators compared with those who did not use EPI services.

So begins a paper by Anderson et al.

Our analysis of population-based health administrative data suggests that users of EPI services have better outcomes than nonusers across several indicators in the larger health care system context—in particular, rapid access to psychiatric services, less use of the emergency department, and lower rates of all-cause mortality. However, EPI service users had higher hospitalization rates and lower rates of primary care visits, which has implications for service planning and collaborations between primary and specialty care providers. Additionally, many of the observed benefits did not persist in the period from 2 to 5 years postadmission, when care is typically stepped down to medical management.

“Out of the Straitjacket”

I see him, maybe not so clearly. He is in isolation, in a straitjacket. He’s just been committed, given a shot of haloperidol after he resisted going to the locked ward. He kicked, screamed, yelled, threatened…and now he cries.

In the middle of elective inpatient electroconvulsive therapy for treatment-resistant depression, he had become profoundly depressed, delirious, and hopeless. He’d lost faith in treatment and in reasons to live. He withdrew to bed and would not get up or eat. He had to be committed for his own safety. Several security guards had to forcefully remove him from his bed.

He happened to be a 48-year-old surgeon who worked in an academic medical center. He had gone to medical school intending to become a family doctor like his father. He never imagined becoming a surgeon; he thought surgeons were pompous, and that’s being kind. But he fell in love with surgery — the decisiveness, the immediate ‘cure,’ the bravado. He promised himself he would behave differently from some of his educators and emulate the many who inspired him.

I know all these intimate details because I am this surgeon-patient. 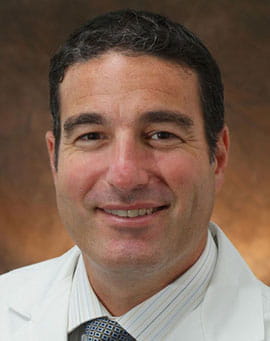 So begins a moving essay about illness and recovery by Dr. Weinstein. The writing is clear and concise, and doesn’t require much of a summary here.

Dr. Weinstein writes about the rigors of his training, and his burn-out.

But enduring is not thriving. I had heard of burnout but didn’t really comprehend it. And though I had mental illness, I still saw it as a weakness, a personal fault. I remember early in my career hearing of a colleague who took a leave of absence for a ‘nervous breakdown.’ I joked about it, said he was weak. Now it was my turn.

And he writes about his depression and then his recovery.

For over a year, I have been back at work in the same capacities as before. I find daily joy in interactions with patients, their families, colleagues, trainees, and our health care team. I also find daily frustration in the workload, the amount of time spent in the hospital, the shrinking control we have over our work environments, and the economic drivers in health care. I am concerned for future generations of clinicians unless we change how we teach and practice medicine. We need to devote time and resources to promoting self-care. Too many physicians leave practice prematurely. Too many physicians take their own lives.