Auditory verbal hallucinations, which are typically of a derogatory and threatening nature, are reported by approximately 60–70% of people with schizophrenia. Although pharmacological therapy is effective at reducing hallucinations in many people, approximately 25% of people with psychotic conditions continue to experience them. Cognitive behavioural therapy for psychosis is also helpful for many people, although average effect sizes are in the small to moderate range, and training and resource requirements mean that, in practice, therapy is delivered to only a fraction of those who might benefit. Consequently, there is considerable interest in the development of novel therapies that draw on the principles of cognitive behavioural therapy for psychosis but which are shorter, specifically targeted at auditory verbal hallucinations, and are capable of being delivered by a wider workforce.

Several novel therapies build on the perspective that auditory verbal hallucinations are experienced as coming from entities that have personal identities, speak with purpose, and with whom the hearer establishes a personal relationship. The operation of power within this relationship is viewed as crucial. The voice is typically experienced as dominant (even omnipotent), with the voice-hearer assuming a submissive role characterised by feelings of inferiority and powerlessness that can reflect social relationships more generally. In light of this finding, explicitly relational and interpersonal approaches have been developed that locate voices (and voice relationships) within the person’s biographical context and target key interpersonal dimensions such as power and proximity.

AVATAR therapy belongs to this new wave of relational approaches but, uniquely, the voice-hearer’s experiences are brought into therapy in a new way, allowing a face-to-face interaction with a digital representation (avatar) whose speech closely matches the pitch and tone of the persecutory voice. The therapist (switching between speaking as therapist and as avatar) facilitates a dialogue in which the voice-hearer gradually gains increased power and control within the relationship, with the initially omnipotent voice loosening its grip over the hearer by becoming more conciliatory over time.

A pilot study that compared AVATAR therapy with a treatment as usual in 26 patients who had a longstanding single or dominant persecutory voice found significant reductions in the frequency, distress, omnipotence, and malevolence of the voice. We report the results of a larger, randomised controlled trial that compared AVATAR therapy with an augmented supportive counselling intervention. 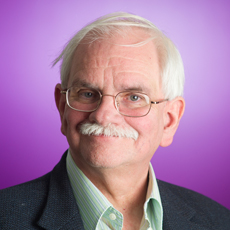 King’s College has a youtube video with Craig explaining AVATAR therapy. The video can be found here: https://www.youtube.com/watch?v=4Gmp9IILUx4.

AVATAR therapy was feasible to deliver, acceptable to participants, and did not result in any adverse events that could be attributed to the therapy. The study corroborated the primary hypothesis concerning clinical efficacy by showing a rapid and sustained reduction in the severity of auditory verbal hallucinations by end of therapy at week 12 that was significantly superior to that achieved by supportive counselling.

They offer a candid assessment of the results. “Although these results are encouraging, significant differences between the treatment and control groups were no longer evident at 24 weeks, and the authors note a roughly equivalent number of participants in both groups reporting no voices at the end of the trial.”

They also consider the nature of this type of therapy.

To understand the complex dynamics of this kind of treatment, we need to look both back and forward. If auditory verbal hallucinations can be dialogued with in this way, is this a possibility only for those with many years of developing voices, or might it be relevant for the young person using early intervention services for the first time?… If we think that the voices or their power relations have changed, does this actually persist beyond therapy, and why are gains apparently not maintained when compared with control interventions?