September 30, 2021 / David Gratzer / Comments Off on Reading of the Week: High Tech and Low Tech Opportunities for Mental Health Care

When I applied to psychiatry residency programs in my last year of medical school at the University of Manitoba, none of these were mentioned when we talked about mental health care. But technology is changing our world. We are seeing a digital boom in mental health care – or is it really a digital mirage?

In the first selection, we move past the big rhetoric with a thoughtful paper by Dr. John Torous (of Harvard University) and his co-authors. In World Psychiatry, they review the literature and make insightful comments about the potential and reality of digital mental health care. “It now seems inevitable that digital technologies will change the face of mental health research and treatment.” We discuss the paper and its implications. 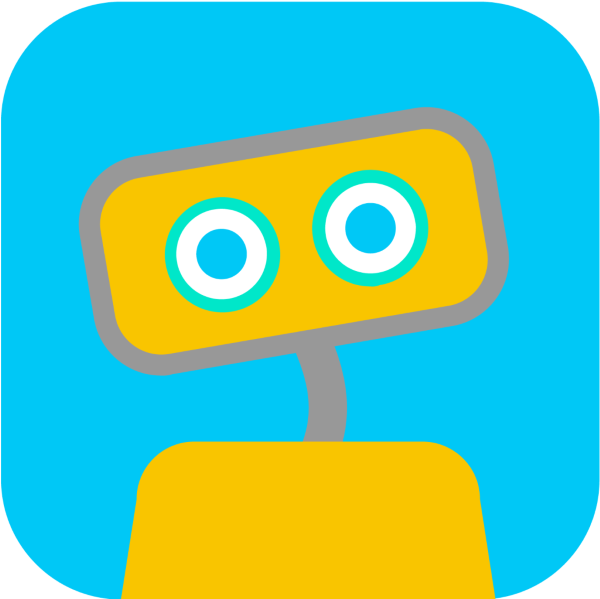 Woebot: Too cool to be clinical?

If the first selection considers cutting-edge technology for bettering patient care, the second is very different. Dr. Thomas E. Smith (of Columbia University) and his co-authors study “the strength of associations between scheduling aftercare appointments during routine psychiatric inpatient discharge planning and postdischarge follow-up care varied by level of patient engagement in outpatient psychiatric care before hospital admission” in a paper for Psychiatric Services. Spoiler alert: there are no chatbots mentioned. “Discharge planning activities, such as scheduling follow-up appointments, increase the likelihood of patients successfully transitioning to outpatient care, regardless of their level of engagement in care prior to psychiatric inpatient admission.”

Selection 1: “The growing field of digital psychiatry: current evidence and the future of apps, social media, chatbots, and virtual reality”

Mental health problems impact over one billion people world­wide annually, with depression representing the leading cause of disability across the globe. The World Health Organization’s Mental Health Gap Action Program (mhGAP) outlines evidence-based interventions to address this global crisis, yet acknowledges that barriers include lack of available services and funding.

The extent of these barriers, even for high-income countries, is highlighted in a December 2020 report from the US government, which indicates that offering evidence-based mental health care in the US alone would require an additional 4 million trained professionals.

The rapid international growth in access to and capabilities of digital health technologies (DHTs) presents a feasible route towards augmenting traditional mental health care and bridging the gap between the need for treatment and the capacity to deliver it. In this paper, we consider DHTs to be innovations beyond electronic medical records or classical telepsychiatry, to instead focus on the recent developments in smartphone apps, virtual reality, social media, and chatbots.

While the integration of these DHTs into mental health care began somewhat slowly, restrictions driven by the COVID-19 pandemic have sparked a paradigm shift as assumptions, interest and utilization of digital health have undergone a fundamental transformation.

So begins a paper by Torous et al.

They write about software and hardware advances allowing our digital moment. And, yes, they note how the widespread ownership of smartphones: “76% of people in advanced economies and 45% in emerging economies owned a smartphone, with recent data from the US showing that ownership rates may be as high as 70% even among people with severe mental illness.”

“Frequently accessed via smartphone apps and connecting people from their own devices to global networks of friends, information, and health resources, social media can represent both a means to quantify mental health as well as a source of both positive and negative interactions.”

“Conversational agents, such as Apple’s Siri or Amazon’s Alexa, have become common in the digital marketplace. Termed ‘chatbots’, the use of these conversational style interfaces offers an intelligent, automated system for detecting and responding to immediate mental health needs. Chatbots have the look and feeling of interacting with a human, despite being run by an automated software program. Thus, chatbots or ‘robot therapists’ have become a galvanizing force for those seeking to automate therapy where software programs listen and respond to people’s mental health needs.”

They make a few points:

“Virtual reality involves an immersion in an interactive, computer‐simulated environment via a headset. The ability to create and control exposure to real‐world environments presents important opportunities for mental health assessment and treatment.”

The paper continues by looking at specific classes of disorders, and the evidence is mixed. For example, there is evidence for self-management in mood and anxiety, but they note: “most apps for depression (63%) and anxiety (56%) had no active users for the one‐month period under review.”

The paper closes with several recommendations on strengthening the digital experience and impact.

The full World Psychiatry paper can be found here:

Selection 2: “The Effectiveness of Discharge Planning for Psychiatric Inpatients With Varying Levels of Preadmission Engagement in Care”

High rates of failed care transitions after inpatient psychiatric care are a critical quality concern. In the United States, 42%−51% of adults and 31%−45% of youths do not attend mental health visits within 30 days after discharge. Failed care transitions increase the risk for relapse, hospital readmission, homelessness, violent behavior, criminal justice involvement, and all-cause mortality, including suicide.

Routine discharge planning, including scheduling an outpatient appointment with a community-based psychiatric provider before discharge, significantly improves the likelihood of patients attending visits after discharge. Recent analyses of the sample examined in the current study described patient, hospital, and service system characteristics associated with patients receiving routine discharge planning practices and have documented that, after controlling for a range of these characteristics, patients who had an appointment scheduled prior to discharge had a significantly greater likelihood of receiving timely outpatient psychiatric care.

An important factor to consider, however, is the patient’s history of engagement in outpatient care. Patients who were not engaged in psychiatric care before admission are much more likely to fail to transition to outpatient care after inpatient psychiatric discharge. Hospital providers may administer less discharge planning for patients known to not follow up with care or when patients are being discharged against medical advice or are otherwise refusing outpatient follow-up. It is important to know whether routine discharge planning practices are effective and should be encouraged for these patients.

So begins a paper by Smith et al. 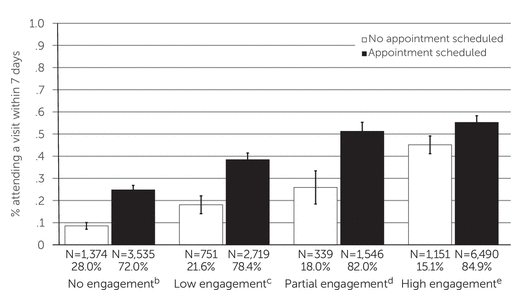 The full Psychiatric Services paper can be found here: