The Canadian Journal of Psychiatry, August 2017

According to the latest census, approximately 20% of Canada’s population are immigrants. This proportion is rising, and immigrant integration is a key government priority. The recently published “Mental Health Strategy for Canada” notes that immigrants “face significant barriers to their seeking or obtaining help…health organizations need to be attuned to differences…and take into account cultural diversity”. As such, it is vitally important to document and analyse the nature and extent of any mental health variations experienced by immigrants.

In the study of immigrant health, immigrant life experience is often categorised into 3 stages: 1) premigration, 2) the migration journey, and 3) postmigration. Economic immigrants to Canada—for example, those from Western Europe or the United States—may have an unproblematic immigration experience. However, immigrants from other regions may be exposed to chronic or acute stressors during these stages. In the premigratory stage, immigrants from certain regions may have been exposed to civil instability, poverty, natural disaster, or other adverse social conditions. This is especially so for refugees, who may also experience a difficult migration journey. In the postmigratory stage, immigrants (especially non-European ones) may face unemployment, underemployment, and racism. This can even apply to skilled immigrants, especially when there is a discrepancy between aspiration and achievement.

A large body of European research suggest that rates of psychosis are significantly elevated in immigrants from Africa and the Caribbean. A recent Ontario study indicated slightly higher rates of psychotic disorders in refugees and Caribbean immigrants but not in other immigrant populations. The European research attributes this elevation to several factors, including a chronically negative postmigration experience for racialized immigrants.

The above-described research indicates that immigrants frequently experience negative stressors that can affect their mental health. However, a large number of Canadian studies indicate that immigrants generally have better mental health than the native-born population: this is known as ‘the healthy migrant effect’. For example, one large-scale study found that overall health (including mental health) was significantly better in immigrants than the Canadian-born. Likewise, another study found that immigrants had significantly lower rates of depression and alcohol use than the Canadian-born, especially recent immigrants. Numerous studies have confirmed this healthy migrant effect in Canada…

So begins a paper written by Whitley et al. that considers the immigration experience.

The corpus of research on immigrant mental health is inconsistent. Some research indicates that immigrants have higher risk and rates of mental illness, while other research suggests a healthy migrant effect.

A key finding of this study is that immigrants’ mental health was significantly better than nonimmigrants on 7 of the 12 relevant variables measured. They had significantly fewer mental disorders, lower scores of psychological distress, and higher scores of mental well-being… This is in contrast to some of the US and UK literature, which indicates that immigrants and minorities often have worse mental health.

The authors go on to conclude:

The rates of underutilisation, as well as the less than perfect rates of service satisfaction, suggest a need for targeted strategies to engage immigrants with mental health care and likewise improve services for them. This is especially so for Asian and African immigrants. This could be a key activity for the Mental Health Commission of Canada, whose mandate was recently renewed for a further 10 years. 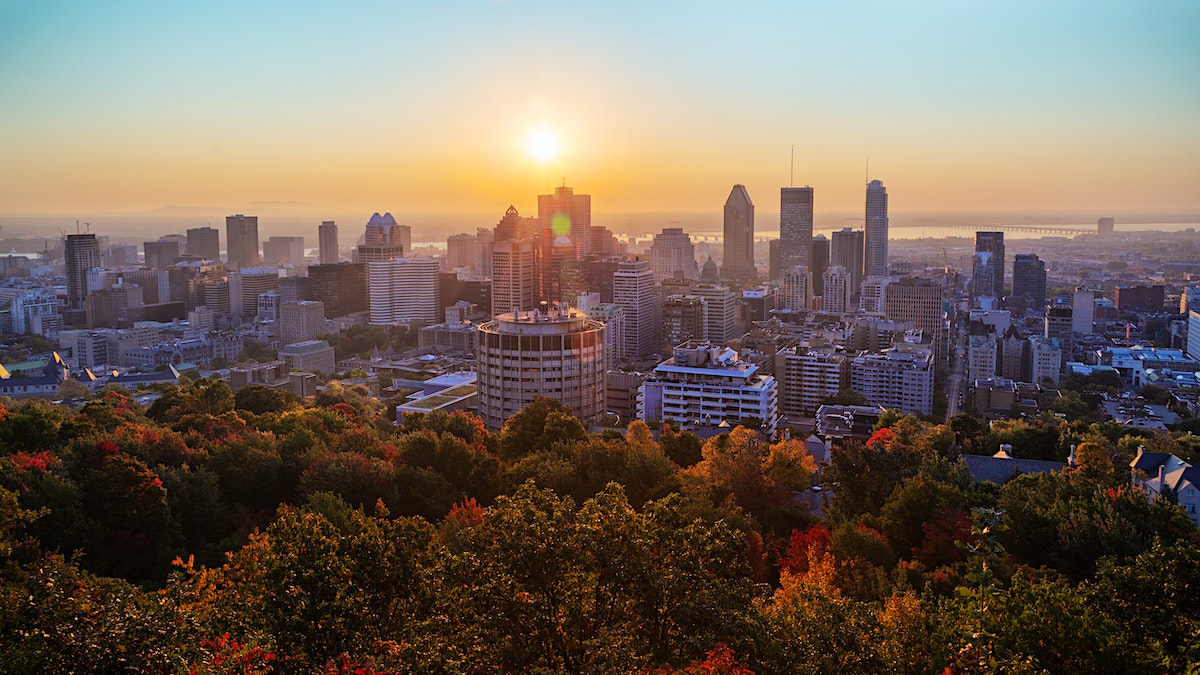 Montreal at sunrise: many immigrants and mentally healthy immigrants?