Reading of the Week: “Your Smartphone Will See You Now” – Torous on Digital Psychiatry; Also, the Costs of Homelessness

July 27, 2017 / David Gratzer / Comments Off on Reading of the Week: “Your Smartphone Will See You Now” – Torous on Digital Psychiatry; Also, the Costs of Homelessness

A few weeks ago, a patient’s daughter called. She was deeply concerned: the patient was acting differently, she explained. “He’s sick again.” She noted that he was starting to go on long walks at night, and to different neighbourhoods – something he does when he’s starting to get ill with his bipolar. She feared that, without a change in medications and careful follow up, he would end up in the hospital again. As a psychiatrist, that type of information can be invaluable – a clue that a patient is doing less well.

Could technology help us find clues for emerging illness, maybe even before family members or patients themselves?

This week, the first selection weighs this question. Harvard University’s Dr. John Torous considers big data and mental health. In his essay, “Your Smartphone Will See You Now,” he reviews current trends and writes: “I predict that this technology will have an enormous impact on psychiatry.”

Please note: there will be no Readings for the next two weeks.

“Your Smartphone Will See You Now”

Zach has been having trouble at work, and when he comes home he’s exhausted, yet he struggles to sleep. Everything seems difficult, even walking—he feels like he’s made of lead. He knows something is wrong and probably should call the doctor, but that just seems like too much trouble. Maybe next week.

Meanwhile, software on his phone has detected changes in Zach, including subtle differences in the language he uses, decreased activity levels, worsening sleep, and cutbacks in social activities. Unlike Zach, the software acts quickly, pushing him to answer a customized set of questions. Since he doesn’t have to get out of bed to do so, he doesn’t mind.

Zach’s symptoms and responses suggest that he may be clinically depressed. The app offers to set up a video call with a psychiatrist, who confirms the diagnosis. Based on her expertise, Zach’s answers to the survey questions, and sensor data that suggests an unusual type of depression, the psychiatrist devises a treatment plan that includes medication, video therapy sessions, exercise, and regular check-ins with her. The app continues to monitor Zach’s behavior and helps keep his treatment on track by guiding him through exercise routines, noting whether or not he’s taking his medication, and reminding him about upcoming appointments.

While Zach isn’t a real person, everything mentioned in this scenario is feasible today and will likely become increasingly routine around the world in only a few years’ time.

So opens a new article by Dr. John Torous on digital psychiatry.

Dr. Torous notes the limitations of psychiatric care today. A patient with, say, depression is referred to see a psychiatrist but “those who are physically disabled, elderly, living in rural areas, or suffering from additional mental illnesses like anxiety disorders may find it difficult to get to a doctor’s office.” He also notes how limited an assessment actually is – dependent on the patient to provide information on symptoms, when the patient may not even realize that she or he has depression.

He highlights a few examples:

Dr. Torous goes on to argue that digital psychiatry will be able to do more than just help with diagnosis. He sees it assisting in the treatment of patients, too. He touches on a couple of examples. VR is already being used for anxiety disorders. He also discusses e-therapies. “Today, therapy requires visiting an office, but it can be just as effective to conduct the session via computer or smartphone, and it’s more convenient for the average patient.”

He ends on a positive note:

I predict that this technology will have an enormous impact on psychiatry. It cannot happen soon enough. One in five people around the world will suffer from a psychiatric illness over the course of a lifetime, but far fewer will seek or receive professional help. According to the World Health Organization, this year depression moved past hearing loss and vision problems to become the leading cause of ill health and disability worldwide.

An estimated 35 000 Canadians are homeless on any given night, and over 235 000 experience homelessness over the course of a year. In some jurisdictions, the discussion has shifted toward how homelessness can be ended rather than on how to manage it. Ending homelessness will require resources in the form of targeted prevention interventions, development of affordable housing and a variety of housing and support programs such as Housing First, in which homeless people are offered immediate access to permanent housing together with long-term, individualized support. Arguments for additional government expenditures on programs to end homelessness can be better framed if the costs of maintaining the status quo are well understood. To this end, estimates of the costs of homelessness are needed.

Limited information is available on the economic costs that homeless people engender in Canada. 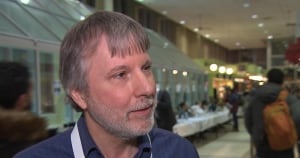 So begins a new paper by Latimer et al.

At Home/Chez Soi has been a remarkable effort, covering five cities, and exploring different aspects of homelessness and Housing First. Needless to say, past Readings have highlighted the work.

This paper seeks to answer a simple question: what are the costs associated with homelessness?

The paper is readable; let me provide only a quick summary:

What did they find? Needless to say, they find a range of costs, associated with need, care, and geography. See figure below.

Assuming that the cost of medications is similar across cities, the annual costs to society of homeless people with mental illness averaged about $59 000 in Canada’s 3 largest cities, about $49 000 in Winnipeg and about $33 000 in Moncton. Annual costs were highly variable across participants, ranging from -$15 530 to $341 535 when earnings were subtracted from health, social and justice services. Spending on different kinds of services also varied greatly across cities.

And there are great resources on the web, including atthe Mental Health Commission of Canada’s website.